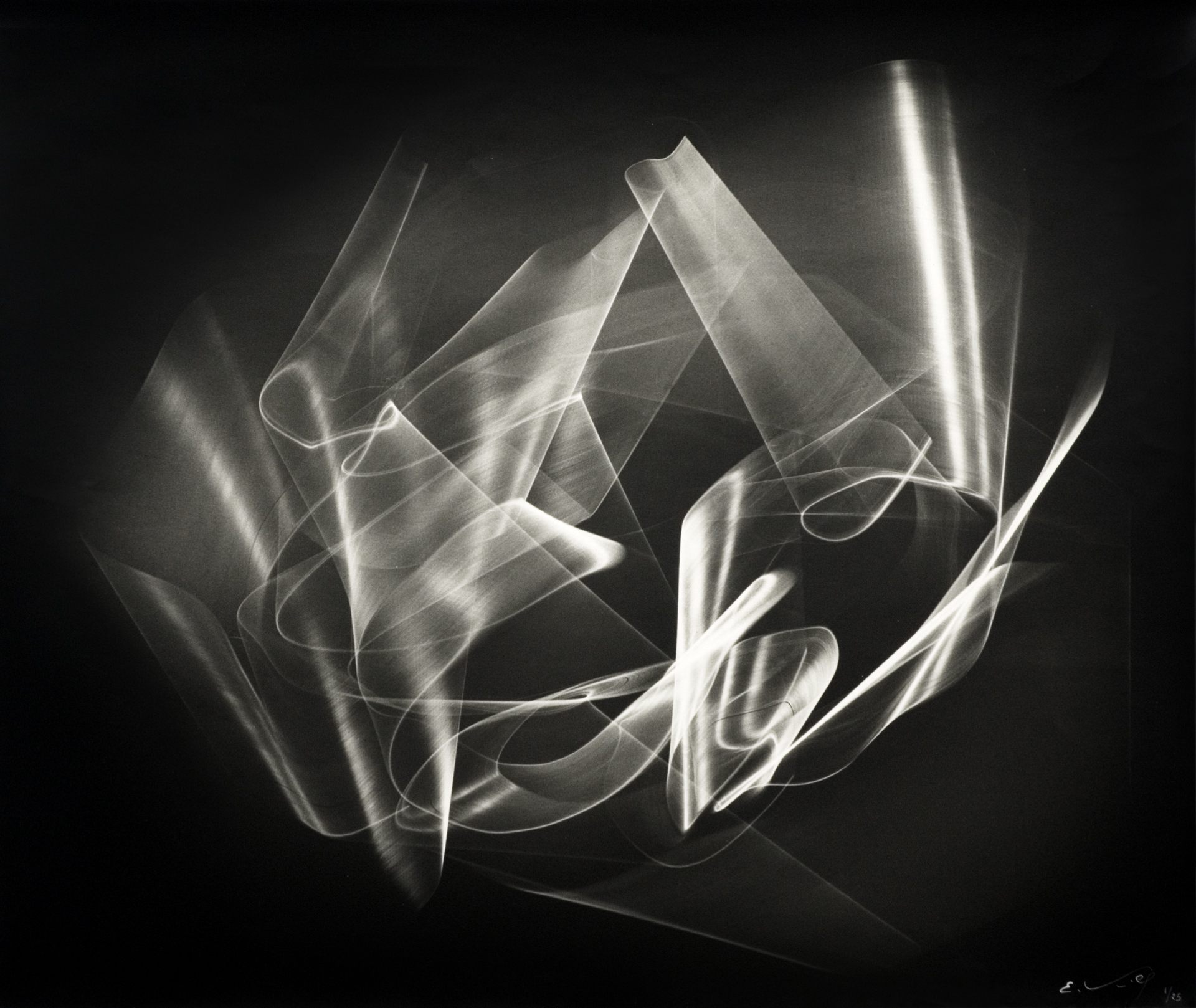 We are pleased to announce a new solo exhibition of Etienne Bertrand Weill’s work at the Galerie Maria Wettergren, on the occasion of the Month of Photography 2022 in Paris. November 8th 2022 – January 14th 2023‎, Tuesday – Saturday: 11 am – 7 pm

Released in October 44, in this France that comes out very deprived of the occupation, Étienne Bertrand Weill buys a used rolleiflex and develops his photos in his bathroom with an enlarger he made with a biscuit box. He works for illustration while working in all areas of photography.
Following his meeting with Marcel Marceau, he turned to theater, mime and dance photography. His effort to suggest the movement of the scene in the still image, leads him to his research and personal creation: the Metaforms. The photos presented are part of public or private collections. Some have been exhibited or published, others have appeared in various shows.

Original silver print photographies and projections of “Music for the Eye” "I think that one of the roles of the artist... is to help others to rediscover their gaze (on the world and on things) and with the gaze the sense of wonder that is so fundamental according to Heschel."  1 Let's follow Étienne Bertrand Weill's…

Vertige du corps September 16 - November 18 2012 The Bibliothèque Nationale de France presents the work of photographer Etienne Bertrand Weill (1919-2001) in the Julien Cain aisle. An itinerary based on modern prints allows us to discover a work that is an example of the fertile crossroads of languages and forms between photography and…

Exhibition as part of the Mimos Festival.